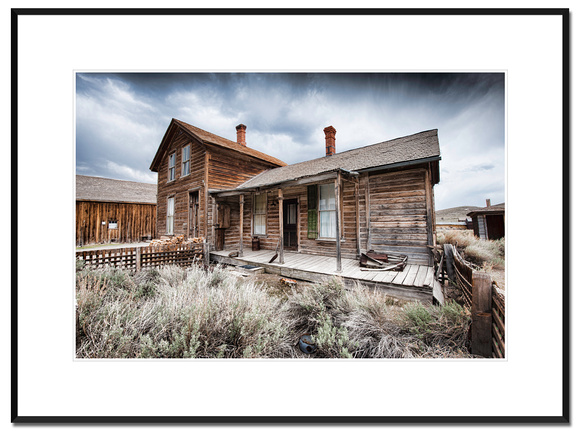 Goodbye God – I'm going to Bodie
In 1859 William S. Bodie discovered gold near what is now called Bodie Bluff in the High Sierra of California. Despite the inhospitable location – winds regularly blow at 160km/hour and temperatures range from -38˚C to +39˚C – a mill was established in 1861 and the town began to grow. It started with about 20 miners and grew to an estimated 10,000 people by 1880! By then, the town of Bodie bustled with families, robbers, miners, store owners, gunfighters, prostitutes and people from many countries. Bodie’s mines produced gold valued at $34M. The town boasted several Banks, two daily newspapers, four fire brigades, a brass band and a hydro-electric power station – one of the first in the country. At one time there was reported to be 65 saloons in town. Among the saloons were numerous brothels and ‘houses of ill repute’, gambling halls and opium dens. Such was the reputation of Bodie that a little girl moving from San Francisco to Bodie recorded in her diary “Goodbye God, I’m going to Bodie.”
As Bodie’s productivity declined and other promising mining booms were established in more hospitable locations miners started to abandon Bodie and by 1910 the population was down to just 700. The declining population and its economy couldn’t support the infrastructure and a mass exodus in 1915 left the town as a ghost town, with houses, pharmacy, saloons and the school frozen in time like a kind of Pompei. The state of California has protected the town from theft and vandalism but not the ravages of time and natural decay.
Robin recorded interiors and exteriors using a high dynamic range colour technique whilst Gigi used infrared photography to record the spine-chilling atmosphere.