Home»Projects»Exhibitions»A Year at the Beach 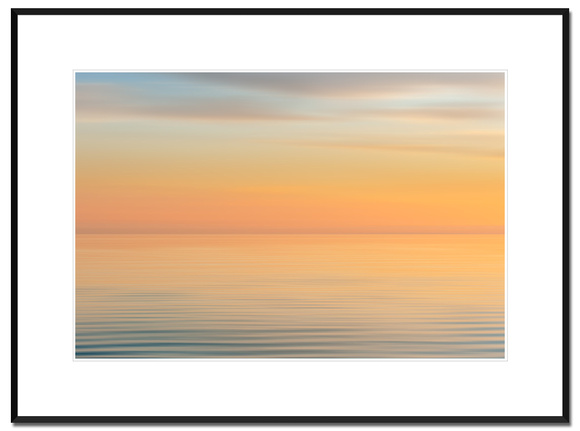 A Year at the Beach
Australians are "Girt by Sea" and the beach is a quintessential feature of the Australian psyche. We are often taken with the dramatic and colourful nature of a glorious seascape, with clouds, sea, sand and sun creating a memorable image in our minds. I too have been fascinated by the coastal view and often make detailed and dramatic photographs. On this occasion however I set about trying to record a series of images that would reduce the complex and detailed scene into something rather more 'essential' – the colour palate characteristic of the time of year, season, day or climatic conditions. I was attempting a more contemplative, perceptual approach. I used a process of image movement that caused the fine details to be lost as a horizontal blur. In a project that has lasted over three years I recorded Edithvale Beach in Victoria from the same location, with the same technique and eventually selected a small number of images for this exhibition that represents moments across "A Year at the Beach." When exhibited at the Monash Gallery of Art in 2017 one of this series was selected as a finalist in Australia's most prestigious photography award – The Bowness Award.