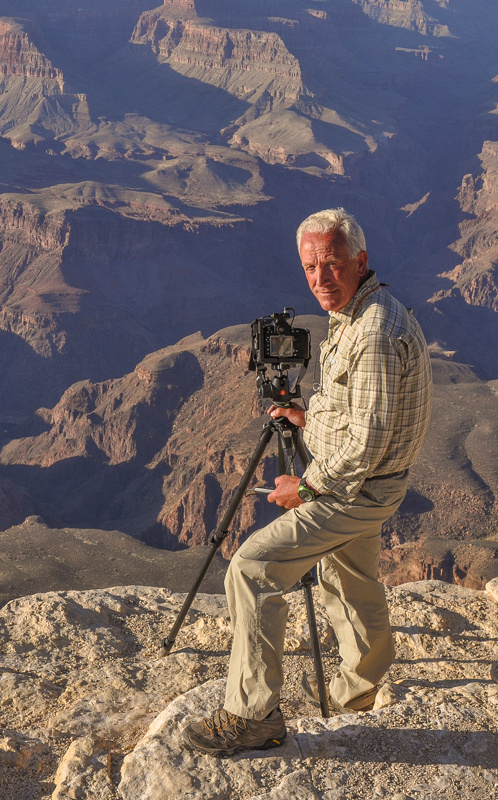 Robin is a distinguished photographer with fifty years professional experience as a practitioner, researcher and teacher. He holds undergraduate qualifications in both scientific and medical photography and Masters and PhD degrees in Medicine. He is an Accredited Senior Imaging Scientist and a Fellow of seven learned societies.

For 20 years he had a stellar career as a medical photographer starting at Cambridge Medical School and culminating as Director of Medical Illustration and Teaching Services at Charing Cross and Westminster Medical School in London. Then Robin moved into academia and was a Professor of Photography for over 25 years and Dean of the Faculty of Art, Design and Communication at RMIT University in Melbourne. Robin was also a Founding Governor and Chair of the Academic Board at Australia's top private photography college (PSC). He has published over 70 scientific papers and books and delivered over 400 presentations. His work has been widely exhibited, is in many public and private collections, and has been published in for example, Time Life, National Geographic, The Observer and New Scientist.

His contributions to medical imaging have been recognised by: The Williamson Research Medal of the Royal Photographic Society, The Lancet Award, The BMJ Award, the Presidential Award of the British Institute of Professional Photography, the Norman Harrison Medal of the Institute of Medical Illustration, the Louis Schmidt Medal of the BioCommunications Association and the Combined Royal Colleges Medal (given by all the Royal Medical Colleges for an outstanding contribution of imaging in the service of medicine).

In recent years Robin has concentrated on his personal work and has quickly established himself as a recognised landscape and nature photographer. He has already won many international awards for his work in this genre; including most recently International Garden Photographer of the Year 2020.

For the story behind his CV see Robin's Autobiography